Hosting the FIFA World Cup 2022: Impact on Qatar and the region 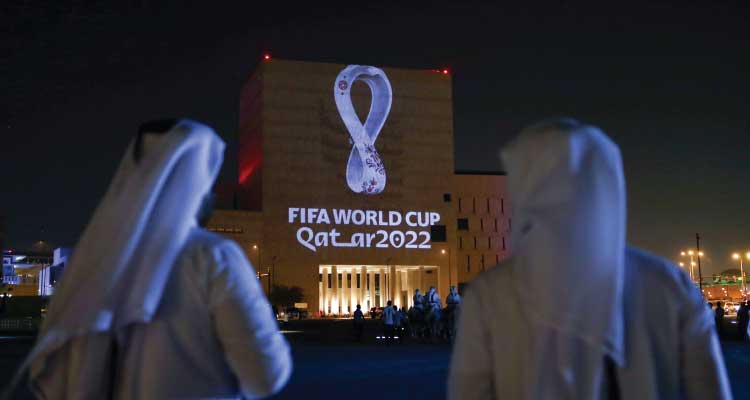 Ever since, the country has launched several mega projects, ramping up its infrastructure capacity, amid wide controversy about migrant workers’ rights. With two days left before the start of the tournament, scheduled for November 20 through December 18, 2022, experts from the Middle East Council on Global Affairs reflect below on the various dimensions of the FIFA World Cup Qatar 2022.

Hosting a World Cup Amid Real Wars and Culture Wars

On November 20, the FIFA World Cup 2022 will kick off in Qatar, marking a first for an Arab nation and a country of its size to host the globally significant event. The games are also taking place at a moment of acute geopolitical disorder as the economic repercussions and political tensions of the War in Ukraine reverberate internationally. Qatar has invested massive financial resources and undertaken significant policy reforms over the past decade to organize a world-class tournament, while addressing the concerns of domestic and international stakeholders. Yet, as with past international sports events of this magnitude, there has been a significant uptick in controversial news coverage about Qatar in the Western press as the start date draws closer. Some of this coverage focuses on questions about the host country’s record on human rights and treatment of migrant workers who constitute close to 80% of its population. Policymakers in Qatar should appreciate the important role of these critical perspectives for public accountability and future reforms. After all, this will not be the last major sports tournament to be organized in the country.

Unfortunately, some of the media coverage has been blatantly misleading and full of racist undertones. This serves neither the rights of migrant workers nor the spirit of international sports. Observers in Qatar and other Arab countries should accept the reality that any healthy debate on public policy in Qatar or anywhere else will increasingly take place in a global context of culture wars, media manipulation, and digital disinformation by paid-for influence campaigns. As a result, the FIFA World Cup Qatar 2022 will generate the unity, joy, and celebration anticipated around the world, while at the same time highlighting current divisions, polarisation, and xenophobia in societies, especially in advanced democracies.

An Opportunity for Qatar and the Wider Region

The World Cup takes place in Qatar against the backdrop of a challenging and tumultuous geopolitical environment in the Middle East. Between 2017 and 2021, neighbouring countries imposed a blockade on Qatar, prompting wider geopolitical turbulence. Relatively unscathed from these crises, however, Qatar has spent this period carving out a stronger relationship with the international community, particularly in global finance and trade. The country’s vast gas reserves and focus on diplomatic mediation have helped it become an instrumental small-state actor. Qatar has leveraged its gas reserves to address shortfalls in global energy supplies following the Russia-Ukraine war. It has also mediated between the US and the Taliban to secure Western evacuations from Afghanistan.

These episodes in the country’s foreign policy indicate a marked capacity for power projection, even amid dramatic and rapid changes in the emerging international order. It is, therefore, up to Qatar to determine how and whether the World Cup will build on these significant foreign policy wins. Hosting the World Cup is a historic moment for the country and the Arab world. But it can also present an opportunity for Doha to use the power of sports to secure benefits for the region at large. The Middle East has been characterized by intense enmity, rivalry, and proxy wars over the past decade. Now, however, a spirit of warming appears to have set in, with renewed interest in regional dialogues and bilateral rapprochement. Football transcends linguistic, national, and cultural divides, and Qatar has an opportunity to use the power of sports diplomacy to cultivate further peace and stability.

The Regional Benefits of the World Cup Exceed Economic Gains

Hosting the FIFA World Cup holds many benefits that will not only serve the host country but the rest of the Mena region, as well. With global attention focused on Qatar, there is a unique opportunity to alter the stereotypical image of the Arab world, introduce people to Arab culture, and promote an image of co-existence and tolerance. This was the case for South Korea, which hosted the World Cup in partnership with Japan in 2002. That opportunity allowed Korea to promote its culture, which later spread across the globe. Additionally, Qatar’s success in organizing the World Cup may pave the way for hosting and organizing other international events in the region, such as the Olympic Games, as Qatar is going to host the Asian Games 2030.

On the political front, the World Cup could contribute to improving intra-Gulf relations that have been strained in recent years. This would also parallel the remarkable improvement of relations between Korea, Japan, and China following the 2002 games. So far, the run-up to the World Cup in Qatar is already benefiting the economies of its neighbors, and revenues in the hospitality, aviation, and tourism services sectors are all anticipated to increase during the month-long event. An intensive schedule of shuttle flights has been organized between Doha and other cities in the Gulf and the broader region. In the hospitality sector, Saudi Arabia expects an increase of 106% in its hotel occupancy rate, with other countries not far behind. Saudi Arabia is allowing Hayya card World Cup fans to perform minor pilgrimage on this occasion also. The UAE has already postponed the Dubai Marathon due to hotels reaching full booking capacity for the World Cup. Even Iran hopes to increase the influx of tourists during the World Cup period.

The FIFA World Cup Qatar 2022 provides a unique occasion for Qatar to present itself on the world stage. The country will, henceforth, forever be associated with the most-watched sporting event on the planet. Indeed, 2022 will provide a unique World Cup experience, as all games are within an hour’s drive of one another. Qatar has also leveraged the World Cup as an opportunity to develop its core infrastructure and key economic sectors. During the event, Doha hopes to showcase its state-of-the-art transportation systems, world-class tourism and culinary experiences, thriving arts and culture scenes, and its warm and generous hospitality. Other countries that have hosted the World Cup have witnessed a permanent stream in tourism and other economic activities. Qatar should expect the same.

The challenge for Qatar, and the question on everyone’s mind, is how the country will leverage its massive economic investments to sustain economic growth after the event. The increase in capacity that was created to host the World Cup, and welcome over 1.5mn visitors to the country, can only be sustained by encouraging new economic activity and effectively utilizing what Qatar has already built. This will require Qatar to attract foreign direct investment and support the development and growth of small and medium size enterprises. Fortunately, Qatar has been investing heavily in its human capital. It boasts among the strongest post-secondary education systems and research institutions in the region. These are the building blocks of a competitive, diversified economy. In the end, Qatar must unleash the full potential of its human, physical, and social capital to diversify its economy and welcome in a new era of prosperity and sustainable growth.